Growing illegal drug use among adolescents ranks among America’s most pressing concerns. Young 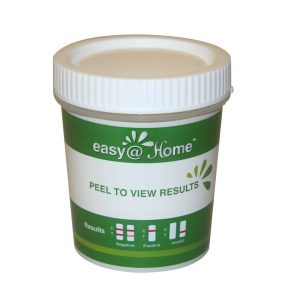 people are being offered drugs by their peers, and often feel obliged to try these dangerous substances to fit in. Invariably, these youngsters believe that they will only use drugs once, however, lots of them become addicted and end up damaging their long term health.

A home drug testing kit is a proven way of finding out whether your child is taking drugs. These kits allow you to halt current use and prevent any future drug use. Frequently, they allow the problem to be detected early, so drug addiction can be avoided.

These kits are cost effective and can identify one or more types of drugs immediately. Modern single drug test kits only cost a few dollars. Kits that can identify multiple drugs simultaneously usually cost under ten dollars. Such kits can detect all the drugs that are most popular with young people. Examples include cocaine, marijuana, oxycodone, opiates, alcohol, methamphetamines and cotinine.

As far as home drug tests go, saliva and urine tests are regarded as the top methods. Hair and blood tests are another two methods, however, they require professional supervision and specialized devices – so they are not ideal for testing at home.

Numerous clinical studies have concluded that adolescents are more likely to take risks, and are more susceptible to drug abuse in comparison to adults. Teenagers tend to behave in this way, due to significant changes in areas of their brains that regulate things like judgment, self-restraint, organization, emotions, and planning. Because teenage brains are still developing, they often make poor choices and fall prey to dangerous habits such as alcohol and drug abuse.

Young people using banned drugs frequently exhibit certain physical attributes, like a staggered walk, red, watery eyes, a runny nose and a puffy face, etc. Also, you might notice certain changes to their behavior, such as involvement in violence and crime, little interest in family occasions and excessive spending, etc.

If you test your child for drugs to a predictable timetable, he or she might anticipate the next test and attempt to tamper with their sample beforehand. Alternatively, your child might refrain from using drugs several days prior to being tested. Many teenagers have heard Azo pills drug test stories and believe that consuming large quantities of Azo cranberry tablets prior to testing will make them pass. While this method has worked on some occasions, it is far from a sure fire way of passing a drugs test. Undoubtedly, carrying out drugs tests at random is a better way of detecting drug use among teenagers. Random tests make young people more likely to decline drugs because they realize that you can test them at any time when they are at home.

Possibly the most vital aspect of home drug testing kits is their dependability and accuracy. They are both completely safe and deliver precise data in minutes. This eliminates the need to undergo any laboratory testing. These kits are the ideal tools to obtain preliminary data about drug abuse. Kits that are approved by the FDA (Food and Drug Administration) are regarded as the most reliable.

Finally, some parents are reluctant to carry out drug tests, because they feel guilty about accusing their children of things they may not have done. Always bear in mind that testing your child does not imply that you mistrust them. It is just to ensure that he or she is making sensible decisions and saying “no” to drugs. Testing is a good way of stopping drug abuse among teenagers. It usually deters drug abuse too, because your child knows that they will be tested at home. These tests let your child know that you care about them dearly.